ProjectPublication of "Atlas of Victorian Birds" and "The Handbook of Australian, New Zealand and Antarctic Birds"

The vast database of almost 3,500,000 records of observations for the "Field Atlas of Australian Birds" was held only on the CSIRO's mainframe computer in Canberra until HMSTrust provided funding for newly introduced microcomputers in 1983. 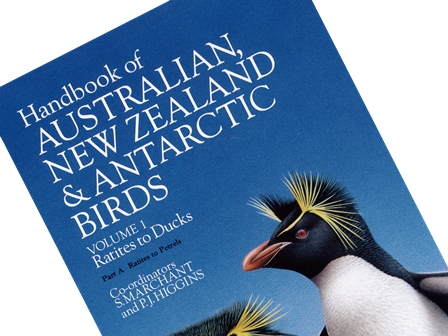 “Your support in the early stages when you gave $100,000 over two years for Volume 1 was greatly appreciated. It showed faith in the ability of the RAOU to produce, and this has since been confirmed by both national and international acclaim.” The late Dr Norman Wettenhall AM, Chairman, RAOU Research Committee, in a letter to HMSTrust.