Print this page
About us 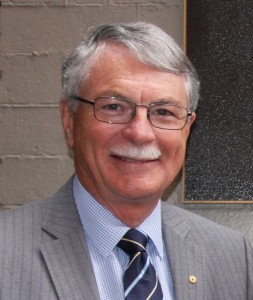 Dr Philip Moors was appointed a trustee of Helen Macpherson Smith Trust in 2010 and Chairman in August 2014.

Philip grew up in Sydney, attended the Australian National University in Canberra and then the University of Aberdeen in Scotland, where he received his PhD in 1975. In 1989 he became the first full-time Director of the Royal Australasian Ornithologists Union (now BirdLife Australia).

Alexandra Gartmann was appointed a trustee of Helen Macpherson Smith Trust in 2018.

Alexandra is a passionate advocate and champion for rural and regional Australia, having grown up and grown her career in rural and regional Australia. She has a Bachelor of Science (Resource and Environmental Management) ANU. She is the Managing Director & CEO of Rural Bank, a member of the Prime Minister’s Community Business Partnership and a member of the Victorian Agriculture Advisory Council.

Between 2011 and 2015 Alexandra was CEO of the Foundation for Rural and Regional Renewal (FRRR), a charitable foundation based on a partnership between philanthropy, community, government and business supporting the economic prosperity of rural, regional and remote communities across Australia. Prior roles include the CEO of the Birchip Cropping Group for 10 years — a not-for-profit agricultural research organisation based in the Mallee Wimmera region – and Community Landcare Coordinator in the wheatbelt of WA.

Alexandra has been an active Ambulance Community Officer with Ambulance Victoria and continues to enjoy sports such as hockey, mountain biking and stand up paddleboarding.

Claire Higgins was appointed a trustee of Helen Macpherson Smith Trust in 2017.

Claire grew up in Victoria’s Wimmera region and lives in the Surf Coast Shire. She undertook a Bachelor of Commerce at the University of Melbourne, is a Fellow CPA, and a Fellow of the Australian Institute of Company Directors.

Claire has over 26 years’ experience with Australian listed companies OneSteel Limited and The Broken Hill Proprietary Company Limited, and Belgian major corporate NV Bekaert SA, and her governance experience is extensive. She is the current Chair of REI Superannuation, Chair of Northwest Healthcare Property Management, and a Director of Ryman Healthcare Limited, RT Health Fund Ltd, and Pancare Foundation. 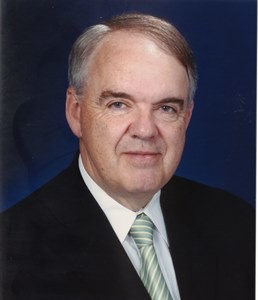 The Hon. Rod Kemp AM

The Hon Rod Kemp AM was appointed a trustee of Helen Macpherson Smith Trust in 2010.

Rod graduated with a Bachelor of Commerce from the University of Melbourne. He is Chairman of the Institute of Public Affairs, a board member of the Sport Australia Hall of Fame and of Melbourne Scots. He retired as a Senator for Victoria in 2008 after a long career in Federal Parliament.

Rod was a minister in all four Howard Governments. He was Minister for the Arts and Sport 2001-2007, Assistant Treasurer 1996-2001 and acting Minister for Finance in 2001. He also held various shadow ministerial portfolios between 1992 and 1996, including the environment and administrative services.

Prior to entering Parliament, he was Executive Director of the Institute of Public Affairs and held various positions in journalism, economic research and corporate relations.

In 2020, Rod Kemp was honoured as a Member of The Order of Australia for significant service to the Parliament of Australia, and to the people of Victoria.

Bruce Parncutt was appointed a trustee of Helen Macpherson Smith Trust in 2018.

Previous roles include: Managing Director of McIntosh Securities, Senior Vice President of Merrill Lynch, Director of Australian Stock Exchange Ltd, President of the Council of Trustees of the National Gallery of Victoria, Board Member and Chairman of the NGV Foundation, member of the Felton Bequest Committee, Council member of Melbourne Grammar School, and Director of a number of listed public companies.

Bruce’s experience includes extensive involvement in financial analysis, merger and acquisition transactions, capital-raisings, and investment in companies across a broad spectrum from early stage to mature public companies. He holds a Bachelor of Science, an MBA, and is a Senior Associate of the Financial Services Institute of Australasia.

Bruce was recognised as Officer in the Order of Australia in the 2016 Queen’s Birthday Honours List for distinguished service to the community as a philanthropist, particularly in arts and education, and as an advocate and supporter of charitable causes, and to business and commerce.

Jan brings to the Trust more than 30 years’ experience in executive roles across funds management, private banking and philanthropy.

Between 2005 and 2018, Jan held leadership roles in philanthropy as the CEO of the Colonial Foundation, the Jack Brockhoff Foundation and the RACV Foundation. These roles, in addition to her part-time and voluntary work with a number of Victorian-based youth focussed charities, have underpinned Jan’s commitment to championing the social purpose sector with a special interest in children and youth.

Over the two decades prior to her philanthropic roles, Jan held Executive or Director roles in funds management and private banking with leading international banks including Macquarie Bank, UBS, Bankers Trust, and Citicorp.

Jan is a Graduate of the Australian Institute of Company Directors and of the Harvard Business School – Managing for Competitive Advantage.

Andrew Sisson was appointed a trustee of the Helen Macpherson Smith Trust in 2020.

Andrew holds a Bachelor of Science (Mathematics & Statistics) from The University of Melbourne and is a Fellow of the Australian Institute of Company Directors (FAICD).

Andrew has been a director of Opera Australia since February 2017, and a member of the Council of the University of Melbourne since January 2020.  He has recently been a Trustee of the National Gallery of Victoria (2010-2019) and a Director of Save the Children Australia (2008-2014).

In 2018, he was awarded the Officer of the Order of Australia for distinguished service to the finance and investment sector, as an adviser to financial regulatory bodies, and through philanthropic support for cultural and charitable groups.

Danielle Toon was appointed a trustee of Helen Macpherson Smith Trust in 2020.

Danielle is currently an Associate Director at Social Ventures Australia. Over the last eleven years, Danielle has led local, state, national and international education reform projects in various roles for organisations such as the Organisation for Economic Co-operation and Development (OECD) and the Bill & Melinda Gates Foundation. Prior to this, Danielle was the founding CEO and company secretary of a not-for-profit in Indigenous education and served on the board of an Indigenous boarding school.

Danielle has a first class honours bachelor degree in business and technology from the University of New South Wales and a Masters of Instructional Leadership from the University of Melbourne Graduate School of Education. In 2013, Danielle was an Australian Institute of Management State Finalist for Not-for-Profit Manager of the Year and in 2011 was awarded a Winston Churchill Memorial Trust Fellowship.

Danielle is a passionate advocate for rural, regional and remote Australia having grown up in regional Australia and worked in remote Indigenous communities for many years. 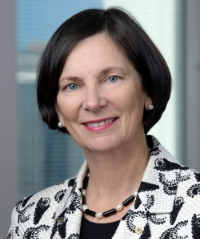 Catherine Walter was appointed a trustee of Helen Macpherson Smith Trust in 2014.

Catherine has been a company director for more than 20 years. She is a director of the Reserve Bank’s Payment Systems Board, Australian Foundation Investment Company, Victorian Funds Management, Walter & Eliza Hall Institute of Medical Research and VicForests. In November 2016 she was appointed first Board Chair of Melbourne Genomics Health Alliance and in April 2017 she was appointed Chair of Financial Adviser Standards and Ethics Authority.

A former Managing Partner with Clayton Utz, Ms Walter has previously held directorships in a range of listed, government and not-for-profit enterprises including: ASX, National Australia Bank, Orica, Melbourne Business School, Victorian Opera and Australian Ballet School. As well, she is a past Chairman of Federation Square, Australian Synchrotron and Equipsuper, and a past Commissioner of the City of Melbourne.

Catherine has a first class honours bachelor degree in laws, a Master of Laws and an MBA all from the University of Melbourne. In 2003 Catherine Walter was honoured as a Member of The Order of Australia for service to business, particularly as a director of a range of public companies, to the arts, to the law, and to the community through the Melbourne City Council.