A new core of Indigenous filmmakers is being built in Victoria through the 2013 relaunch of the New Aboriginal Filmmaker Training Production program. It is an initiative of Open Channel, a not-for-profit film and television organisation which supports emerging filmmakers. First piloted in 2009, the program is being conducted by established Aboriginal filmmakers. Around a dozen new students in Victorian regional areas are being trained in a range of production skills as they create six 15-minute films for national broadcast on SBS NITV in 2014. 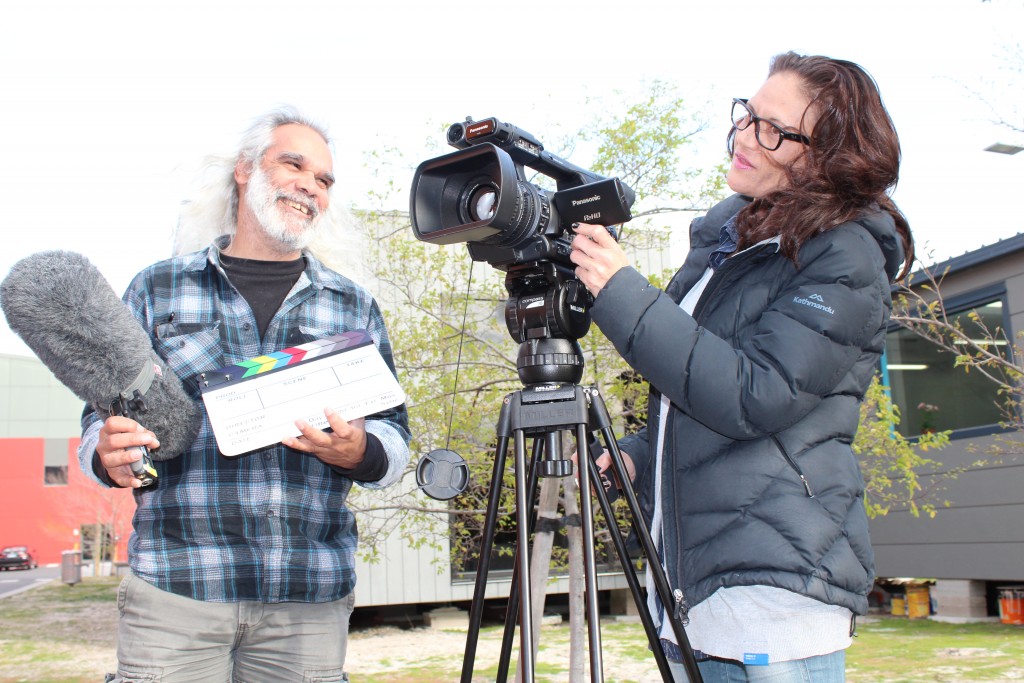 The program will bring to life a diversity of stories, including the Aboriginal Advancement League, reconnecting with storylines and language revival (there are between 20 and 30 language groups in Victoria).

A core group of six students is being trained, but around a dozen participants are learning a range of production skills. The program includes weekend workshops, regional and online training delivery and production support, with cultural support for story development provided by the Koorie Heritage Trust.

The Trust funding, together with a new mobile training unit, have been critical in facilitating filming in regional communities, says Open Channel’s Training Manager, Daniel Schultheis.

“This is really very significant. Many Aboriginal stories we see in Australia have come from other states such as the Northern Territory and Queensland, where there is a bigger pool of filmmakers. A lot of Victorian stories have not been told yet,” Mr Schultheis says.

While the shortage of appropriate Aboriginal trainers in Victoria has required experienced Indigenous filmmakers to be flown in from interstate, a long-term goal of the project is to develop local practitioners who can also become trainers.

"A lot of Victorian stories have not been told yet,” says Open Channel’s Training Manager, Daniel Schultheis