The St John Ambulance has been a vital feature of the Victorian landscape for more than 125 years.

Victoria’s leading first aid training organisation, it has a large force of qualified and trained volunteers providing first aid and support to communities across the state. St John had its own emergency in January 2013, when a change in government channel allocations meant existing UHF radios in volunteers’ vehicles could not access the new channels. 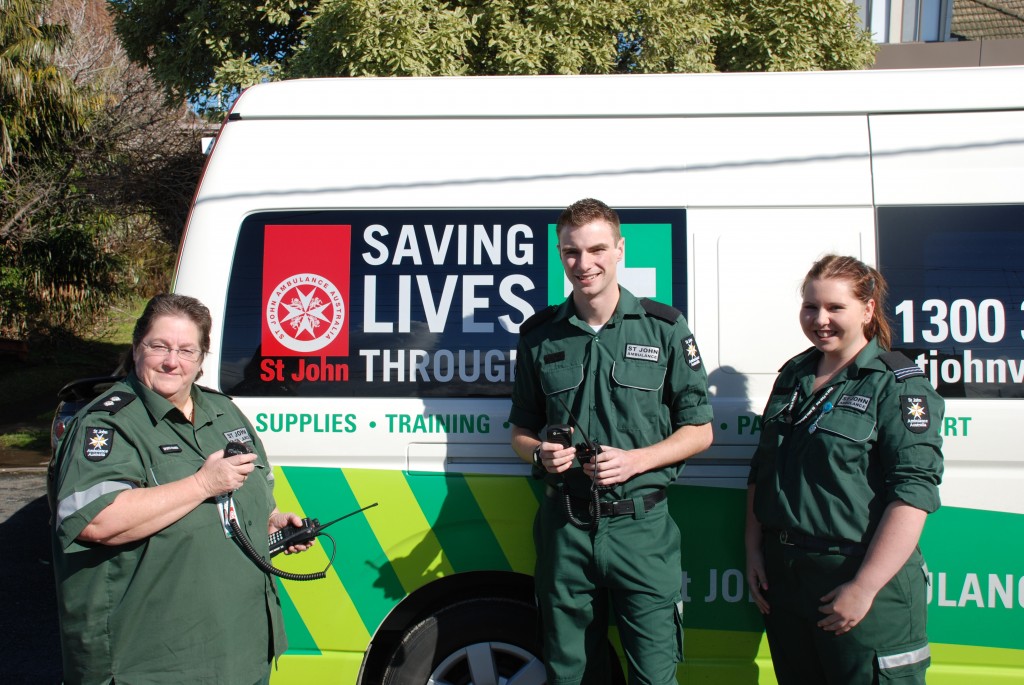 St John Ambulance volunteers play a vital role in emergencies throughout the state, providing a rapid response to local communities when natural disasters strike. About 30 of its 70 divisions are now located in regional and rural Victoria, where they’re also a familiar sight at thousands of community events each year.

Radio communications are key both to the safety of volunteers and to the contact between St John Ambulance units and other emergency services. New equipment is particularly important to volunteers in the country, as communication outages are common when natural disasters strike.

But when changes were announced to government channel allocations from January 2013, the ambulance service faced a bill of more than $73,000 to update radios which could no longer access the new channels.

The radios, which are now installed and working smoothly, also provide a lifeline to St John’s command and control structure. The communications re-equipment has been completed with the rolling out of new mobile first aid posts, which include hand-held devices for volunteers working at a distance from their post.