Zero tolerance for sexual assault: a safe admission for women - how a small project became a major catalyst for action

A study by the Victorian Mental Illness Awareness Council (VMIAC), the peak body for people with mental illness or emotional problems, revealed shocking statistics on psychiatric admission experiences for women. Data gathered across the state showed that 85% of women felt unsafe during hospitalisation, 67% reported experiencing harassment from male patients and 45% had experienced sexual assault. When the project report was released, a public outcry resulted. The ABC 7.30 Report aired the story, and an avalanche of phone calls and emails from around Australia prompted a follow-up program. Thousands of comments were posted on social media. What was a state issue quickly became a national issue. 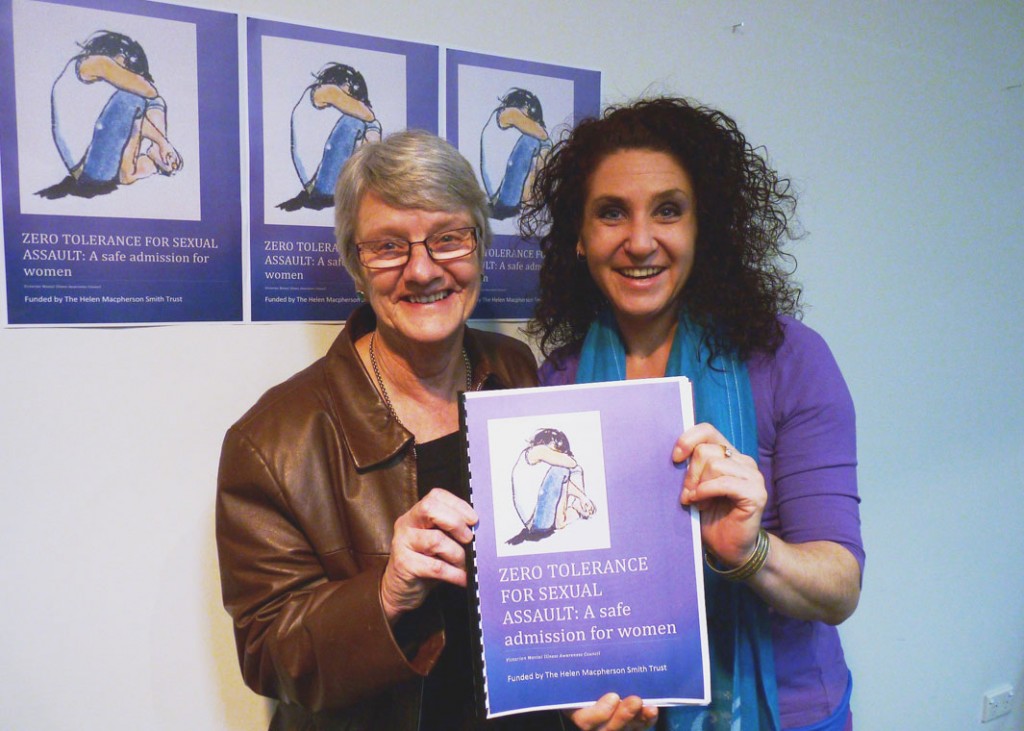 While the level of abuse suffered by women in psychiatric inpatient units would not be tolerated in any other area of health, strategies such as female-only corridors, women’s lounges and gender-sensitive training were having no real impact on improving the rights of women to feel safe and be safe. With the goal of raising public awareness and driving change, VMIAC undertook an extensive project funded by HMSTrust, including surveys, focus groups, individual consultations, literature research and data analysis.